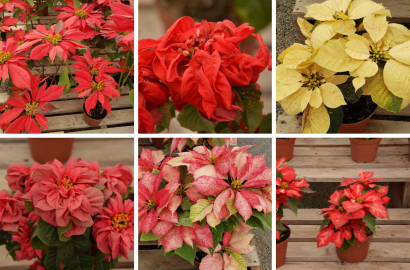 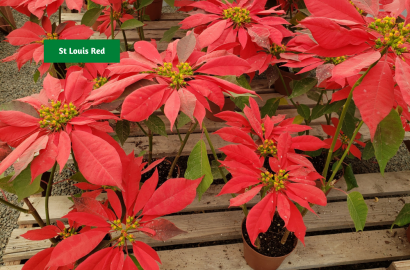 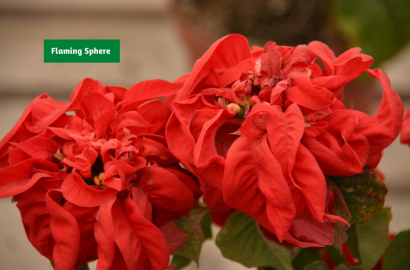 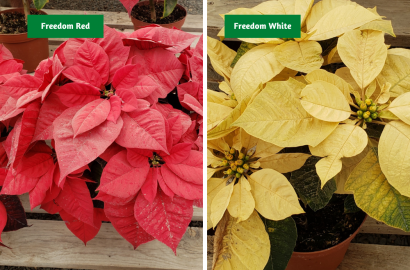 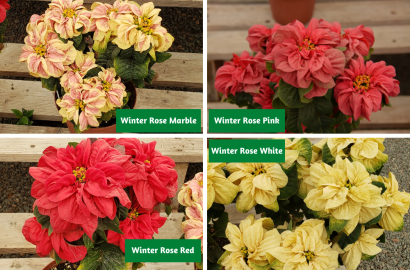 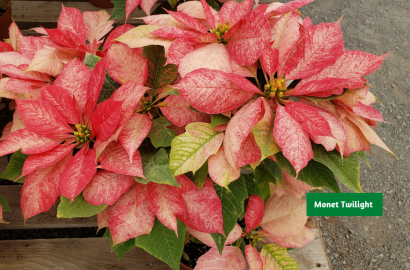 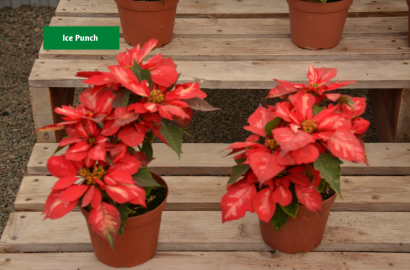 Poinsettias are native to Mexico and Guatemala. A legend with various versions says that the plant got its name from Joel Roberts Poinsett, the first US ambassador to Mexico who introduced it to the United States in 1825. Its popularity increased when it was cultivated commercially by growers in California in the late 1800s. The first recorded use of the Poinsettia for decoration was at Christmas time during that era. The plant was further developed in the 1960s by Paul Ecke of Southern California.

Poinsettias have been used for centuries as a Christmas decoration. The flowers are said to symbolize life and renewal and are often given as Christmas gifts to wish friends well during wintertime. They can also be used as decorative plants all year round because they come in many different shapes, sizes, and colors.

On a trip this year to the Flower Fields at Carlsbad Ranch (https://www.theflowerfields.com/), there was an exhibit of different poinsettia plants, and we want to share these beautiful and unique flowers with you. These plants were cultivated by Paul Ecke.

St. Louis Red – This plant is one of the first poinsettias for commercial use.  In 1924, Louis Bordet, of St. Louis, Missouri advertised this plant named St. Louis. It was used as cut flowers and was often seen in cemeteries during the holidays. Compared to today’s poinsettias it was much smaller and less distinctive. According to Pat Bellrose, who runs Fahr Greenhouse & Garden Center in Wildwood, MO, it was known for being a “true cardinal red poinsettia”.  This plant can still be found today.

Flaming Sphere – Flaming sphere was introduced in 1950. It has incurved bracts giving the plant an appearance like a dahlia. It has a floppy, skinny stem, and small wide spaced leaves. The plant did not perform well indoors and does not do well as a potted plant but it can be grown outdoors in warmer climate conditions.

Freedom Family – These poinsettias were introduced in 1991. Freedom Red quickly became one of the most popular plants in the market. The dark green leaves and extremely large deep red bracts soon became the standard for poinsettia plants. This family of poinsettias comes in 12 different colors.

Winter Rose – This great-looking variety comes in many colors (pink, marble, red, and white) and is known for superior durability and longevity. They are a very different type of poinsettia with small leaves and curly bracts. The blooms can last up to 3 weeks and they can also be used as a cut flowers. It is one of the most novel modern-day poinsettias.

Monet Twilight -  This variety was introduced in 1993 and was named after the famous Impressionist painter, Monet. This poinsettia has eye-catching colors, and they get deeper as the flowers age. It can be grown in many different climates. The plant can be grown in baskets, containers, or grown into a tree.

Ice Punch – Introduced in the winter of 2006, this poinsettia had a new color pattern. It was first tested in home improvement stores and did phenomenally well. This novelty poinsettia has great appeal with long-lasting color.