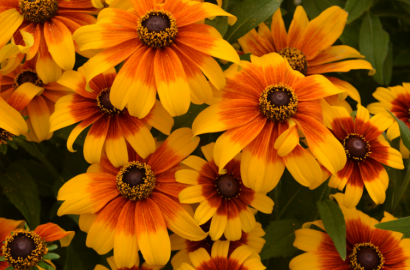 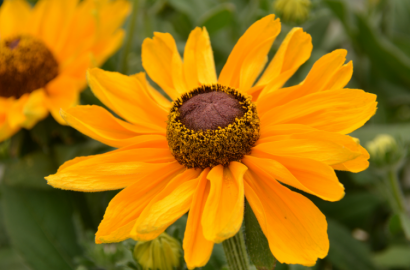 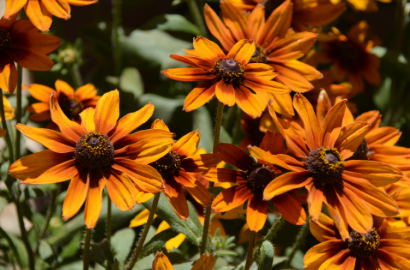 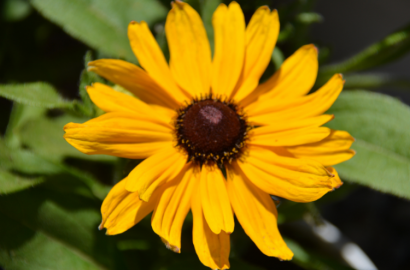 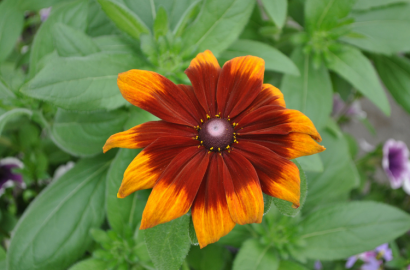 Rudbeckia hirta is a colorful way to extend the season. It has a long bloom period and does not need to be deadheaded to keep flowering. It has a daisy-like bloom with flowers that can last for months!  The flowers produced are bright shades of orange, red, and, yellow with the center being dark brown or black with markings that resemble an eye looking back at you from the middle of the blossom.

It is an important short-lived perennial flower found in many gardens from summer to fall.  It also goes by the name Black-Eyed Susan or Gloriosa Daisy. With its sunny blooms, the plant will brighten any garden.  In recent years, breeders have developed new varieties of this flower that are more colorful and have bigger blooms.

Rudbeckia hirta is a wildflower that lives in the eastern regions of the US. They are found mostly in fields, woods, and stream banks. It was introduced to Europe after Columbus’ visits and was named by botanist Carolus Linnaeus.  He named the plant after renowned Swedish father and son duo both named Olof Rudbeck.   The older Rudbeck was a medical professor at Uppsala University known for his work in the fields of human anatomy and linguistics.  The younger Rudbeck was a distinguished botanist.  The species name ‘hirta’ comes from the Latin word ‘hirtus’, which translates to hairy, which describes the plant’s leaves and stems.

Growing this flower is easy as they do well in a variety of growing conditions like dry climates, wet soils, or when planted along the edges of fields and roadsides. Some people also use them as cut flowers in their summer garden displays or for bouquets because they last so long without wilting or dying off.  The plant has a wide range of uses from cut flowers to dried arrangements. This plant flowers from midsummer until frost. There are no special requirements, it requires full sun and average soil.

Planting Rudbeckia hirta is an excellent way to attract butterflies and bees. When planted in groups, they can provide a stunning display. They are drought-tolerant, which means they won't need much water or fertilizer. Plant them in a sunny location or an area that gets full sun for six hours a day. You can grow them in pots or directly in the ground. They are tolerant of many types of soil conditions but do best in well-drained soil.  In order to speed up growth, fertilize regularly with compost or manure during the growing season and mulch around the plants at the end of each season to retain moisture and keep weeds away. This low-maintenance plant is hardy for zones 3-7. The plant typically grows 1-3 feet tall.

Some people have had success with growing Rudbeckia hirta indoors. Since the plant requires six hours of sunlight per day, they may need supplemental light or artificial lighting during the night and early morning hours.