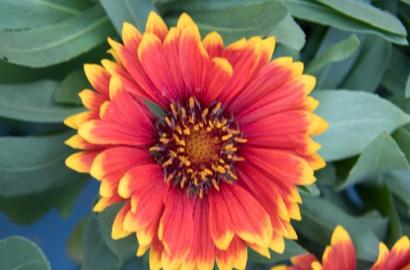 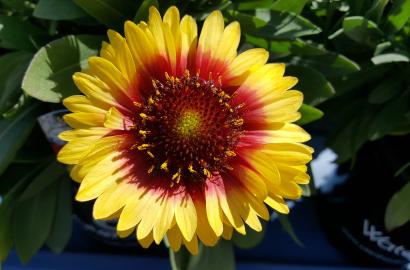 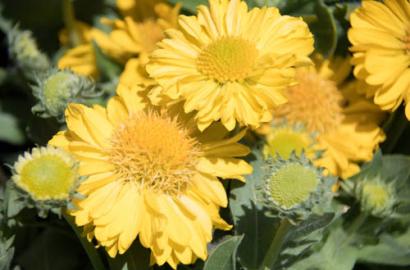 Gaillardia, also known as the Blanket Flower is a perennial native to North and South America. While it looks a lot like a daisy it is actually related to the Sunflower. Gaillardia gets the name Blanket Flower from the red and yellow pattern on its blossoms which looks similar to blankets made by Native Americans in the southwestern United States. Recent years have seen a renewed interest in this plant as it is very drought tolerant which makes it a great choice for new landscapes that are being designed with less watering in mind. Not only has interest in the flower grown but so have the variety of colors which now include shades of red, yellow and orange. You can start Blanket Flower from seed in the spring and it might even bloom during the first growing season.

Gaillardia not only doesn’t need a lot of water once it is established but the quantity of blooms appears to increase as the quality of the soil gets poorer. I’ve even seen Blanket Flower’s blooming in sand dunes on beaches. I’ve personally grown Blanket Flowers in containers and in a flower bed with a southern exposure right up against the foundation of my home. You’ll excuse the expression but it is “hot as hell” in this spot yet these flowers flourish without any additional watering on my part. There is no need to fertilize them and while Gaillardia has built its reputation on the ability to withstand heat and drought it also survives in USDA Zones as cold as zone 3. It grows 6 to 36 inches tall depending upon the variety you’ve planted and it is a good choice as an edge for a garden path or in a rock garden.

The benefits of the Blanket Flower seem to go on and on. It is immune to most pests and diseases, it usually doesn’t require staking or support and it’s a magnet for butterflies and hummingbirds.  It is perhaps the longest flowering perennial in my garden as it starts blooming in the spring, continues all summer long and last year I was still getting flower blooms in December! It will continue to bloom even if you don’t remove the faded flowers but I remove them anyway as I think it keeps the plant looking neat and tidy.

My only gripe with this plant is that it is that it doesn’t last as long as other perennials. It blooms for a few years and the plants die out. However, it does self-seed so it is not difficult to obtain replacements. If you’ve got a hot and dry location in your garden then this is a plant that you should definitely try in your yard this year!