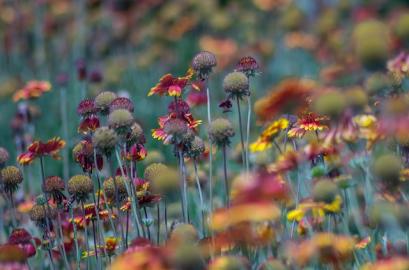 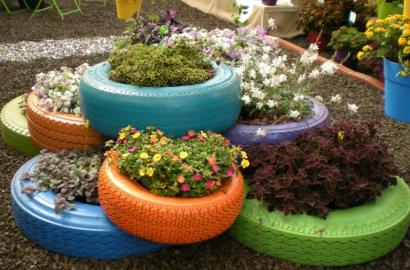 If you have experience with Japanese culture you might have some familiarity with the concept of Wabi-Sabi but I’m betting that most of us are unfamiliar with the term. Its origins lie in Buddhist teachings and putting it in my own words I would call it the ability to find perfection in the imperfect. It involves appreciating flaws and limitations as opposed to wanting to change them and this ability to accept things as they are leads to happiness and enlightenment.

So how does this relate to gardening? Well, practicing Wabi-Sabi can allow you to escape that need for perfectionism and enjoy your gardening even more. Let’s take the task of weeding for example. I weed early and often and have followed this practice for years. However, over time I have relaxed my standards a little and have allowed plants that others might call weeds to grow in my garden. Wild Mustard is found along roadsides and its leaves don’t look like much but it has the most beautiful yellow flower that blooms early in the spring and lasts a long time. Rather than pull it as a weed I allow some of it grow and enjoy both its color as well as its long blooming period. Queen Anne’s Lace is another example. To some, it is a weed and to others a wildflower but it isn’t a plant that a perfectionist would keep in their garden. However, its flower has a unique texture and gracefully dances in the breeze.

The concept of Wabi-Sabi isn’t limited to just plants. Converting an old wheelbarrow into a planter or using an old watering can as a garden decoration are both examples of practicing the concept of Wabi-Sabi. Years ago, I had a concrete birdbath that cracked and couldn’t hold water any longer. I discarded the damaged portion of the bath and was able to turn it into a planter by fitting a pot on the concrete portion of the pillar where the bowl once stood. Repurposing these types of objects creates beauty out of something that would ordinarily be considered trash.

Architectural Digest magazine has documented that the notion of an ideal lawn is changing. It used to be an expanse of green grass with no weeds was highly sought after but this is changing. Leaving Dandelions and Clover in your lawn is becoming a popular way to help support bee populations and many homeowners are ditching a lawn for ground covers, native grasses, and succulents. That status symbol that was the emerald green lawn is being challenged by plants and concepts that many in the past would have considered to be less than ideal.

It is very likely that you’ve been practicing Wabi-Sabi in your own yard and may not even have realized you were doing so. If you have examples from your own garden that you feel match this concept why not share them with us on our Facebook page and let’s celebrate the perfection of imperfection!