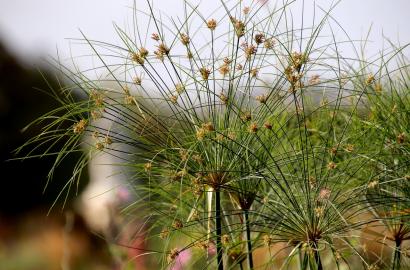 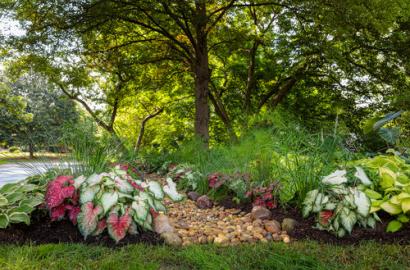 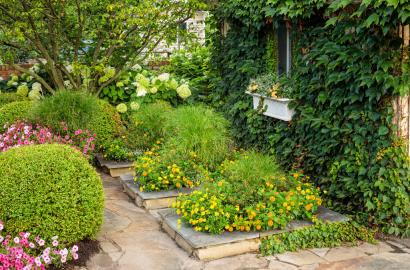 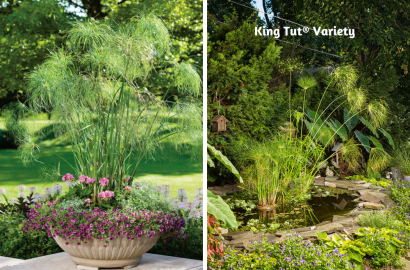 Papyrus is a tender herbaceous perennial plant that is native to Africa. It is a species of aquatic flowering plants belonging to the sedge family Cyperaceae. The botanical name is Cyperus Papyrus and is also known as papyrus sedge, paper reed, Indian matting plant, or Nile grass.  The plant forms tall stands of reed-like vegetation in shallow water.

The word "papyrus" comes from the Greek word for "papyrus plant" or "writing plant". The papyrus plant was one of the first to be domesticated in ancient Egypt, where it was used for writing paper. Parts of the plant are edible, and the buoyant stems were made into boats. It was also used to make mats, sandals, ropes, and baskets. Today the plant is often used as an ornamental plant.

Papyrus plants are a type of aquatic plant that can be grown in a garden. While the plant is not difficult to grow it will grow best if you can try to simulate that environment. This means it needs to be in a wet and sunny location.  It is a fast grower and will grow to an impressive size when planted in the spring.

When the plant is young, each stem of the plant is topped by clusters of thin bright green, thread-like rays around 4 to 10 inches in length that look like feather dusters. Greenish brown flower clusters will eventually appear at the ends of the rays, giving way to brown, nut-like fruits.  A mature plant grown in the right conditions will be 5 to 8 feet tall and 2 to 4 feet wide.  When papyrus is blooming, up to 100 thin, green, thread-like filaments appear in a circular arrangement at the end of each stem. Each of these filaments develops a tiny brown flower at the top that eventually produces seeds.

Depending on the variety, the plant is hardy for zones 9-11 and is considered an annual in other zones. Many people think they are ornamental grass, but they are a sedge. Sedge is a grass-like plant growing in wet places that has a solid stem, narrow grass-like leaves, and spikes of unremarkable flowers.

The plant needs fertile soil, so if you don’t have that you will need to amend it.  At planting it is a good idea to apply a balanced fertilizer and water the plant thoroughly. Papyrus plants need to be watered every day or two because they can dry out very quickly. They also need to be placed in a sunny spot in order to grow properly.

If grown as a perennial, the plant will need to be divided in the spring to keep it strong and healthy.  When dividing them trim away the older, less vigorous rhizomes.  To enhance the look of the plant, remove vegetation that has turned brown.  Before planting in the ground make sure it is not considered invasive, which it is in southern parts of the US. The plant can be grown in a container if this is a problem.

The plant prefers full sun but if that is not possible it is best for it to get shade in the afternoon to protect it from the scorching sun.

All the plant will need is balanced fertilizer in the spring, which supports the growth of the plant’s stems.

If you are growing the plant as a perennial prune, it in the spring or fall. Cut the plant to ground level. If you have grown the plant as an annual, then take it out of the ground and throw it away in the fall.

Usage Of Papyrus In The Garden

Papyrus can be used around a medium to a large water feature, where it can add a tropical feel to a sunny corner.  It can also be planted in the water.  When planted in water make sure the crown of the plant is not covered with water, it only needs a few inches of shallow water to thrive.

If you are looking to add some height to your landscape, use it in the middle or back of your flower bed or container where it will provide a spectacular contrast to smaller, shorter plants.

If you have a rain garden or a location where you are considering such a garden, Papyrus is a plant to consider for this area.

These plants can also be grown in containers. They can be the thriller in your containers. If you don’t want a plant that large there is a Dwarf variety called ‘Dwarf Form’, ‘Nanus‘, Tutankhamun’, or King Tut®. It grows only 2-3 feet tall, in or out of the water, and is more shade tolerant than other species.