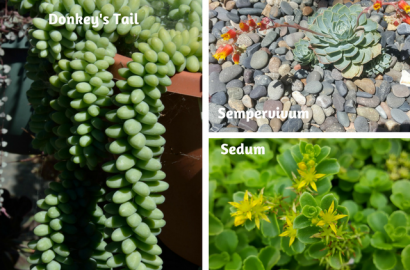 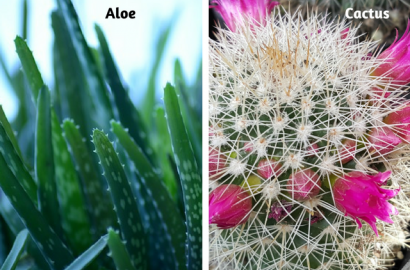 Due to concerns about drought conditions in several areas of the country succulents, which were often a little known or cultivated variety of plant, have begun to garner a significant amount of attention. While their drought tolerance is an admirable trait there are a whole lot of other reasons to give these oft-neglected plants some respect. They are extremely versatile and many of them can be grown as easily indoors as a houseplant as they can be outdoors in a container. They require little maintenance and they also are easily propagated which means more succulents that you can share with your family and friends. Frankly, they are nearly impossible to kill and for all of you that have told me you have a “brown thumb” then this is the plant for you! Here 5 of our favorite succulents that you can’t go wrong with:

Sempervivum – This plant is more commonly referred to as “hens and chicks” as the main plant (The Hen) will produce multiple smaller plants (The Chicks) that are easily transplanted. They are both cold and drought tolerant but are equally at home on your kitchen windowsill too. They are a popular choice for rooftop gardens and they come in an array of colors including green, silver and red. Some of them even flower too! Just give them a sunny location with good soil drainage and they will thrive. Some of our favorites include Red Rubin, Green Wheel, and Cobweb Buttons.

Sedum - There are up to 600 different varieties of sedum with some that creep on the ground and others, like the Scotch Broom, that are shrubs. Many of these produce star-shaped flowers and they are effective as a groundcover, container filler or in a perennial flower border.  Like other succulents, this plant seems to thrive on benign neglect. Some of our favorites are Sedum Spathulifolium, Sedum Spurium, Sedum Blue Spruce and Sedum Angelina.

Donkey’s Tail - This unique succulent is generally grown as a houseplant in most areas as it is cold sensitive. It is a great choice for a hanging pot or a container on a wall or balcony. Unlike other succulents it is not as tolerant of hot conditions and it will appreciate some shade and protection from the afternoon sun. All succulents need good drainage but this plant is intolerant of wet soil so don’t be afraid to let it dry out thoroughly before you water it. This plant is a favorite with the kids too!

Aloe - Most of us are probably familiar with the Aloe Vera plant but there are hundreds of varieties of Aloe. Some of them flower in shades of yellow, orange, pink or red and while many of them have fleshy, dull green leaves there are plenty of variegated, striped and bright green leaf varieties too. It is usually grown as a houseplant but in warmer climates (Zones 8 and higher) it is grown outdoors too. During the winter many varieties go dormant and don’t even need to be watered! How much easier to take care of can you get than that?

Cactus - This plant is not always given the admiration it deserves. While it is well-known in areas such as the desert southwest I live in the Washington DC area and pass by a house during my everyday travels that have a flower bed full of cacti which produce some of the prettiest yellow and pink flowers that you’ll find during the summer. It is also a great houseplant and you should check out some of the beautiful cacti on sale here at Blooming Secrets!

Whether you’re a gardener just starting out or a Master Gardener everyone can grow succulents. The hardest part will be choosing which ones you want to grow!